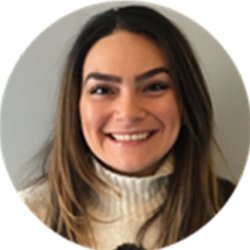 español
Johanna Rotta was born and raised in Brentwood, NY.  She attended New York University and post-graduation accepted a position working as an Account Executive/translator & interpreter for a start-up Sports Media firm.  In 2010, when the economy took a downward turn, Johanna returned home to Long Island and volunteered full-time with WGIRLS NYC.

Johanna served as the president of WGIRLS NYC, a volunteer organization that provides underprivileged women and children in local communities, and in times of international crisis around the world, with the support and resources necessary to achieve health, happiness, and the ability to lead productive and successful adult lives.  She oversaw fundraising and programming for the organization through prominent programs such as Project GLaM, Hope for the Holidays, DonorsChoose.org, Sunrise Day Camp, and more which have impacted over 5,000 underprivileged children, teens, and women in the five boroughs of New York and Long Island.  In 2012, under her guidance, the organization attained their fundraising goal of $120,000.  Johanna enabled this to happen by cultivating and managing key relationships with donors and sponsors for their support all the while managing the volunteer core of 70 women.  Johanna also helped establish the Long Island chapter of WGIRLS and served as a liaison to their Board.
​
In May of 2012 Johanna joined The Early Years Institute (EYI) in as their Coordinator of Community Assets.  One of Johanna’s roles was to coordinate and increase membership of the Westbury Early Learning Leadership Team, a group of individuals concerned and interested in helping the children of Westbury have the best start in life. When Johanna started at EYI, there were 12 members on this Leadership Team. Due to her extensive research, outreach and networking, Johanna enabled that group’s membership to have increased to over 90 members, representing more than 40 local and regional community based organizations and businesses.


She also played an integral role in fundraising for EYI as well as in the creation and implementation of two reading centers which were unveiled: one at the “Yes We Can” Community Center in Westbury, the other at The Consulate of El Salvador in Brentwood, NY.  These reading centers are a critical component of EYI’s school readiness strategies as EYI is working to build the literacy skills of Long Island’s youngest children.  Johanna sent out numerous proposals to foundations and developed a sponsorship platform for donations to enable the creation of these spaces.  She also developed a relationship with a local publisher who donated culturally competent books in Spanish and bilingual books that reflect the faces of the young Latino children who visit both spaces.  For the Reading Center at the Consulate, she also cultivated a relationship with local Salvadoran artists who hand-painted a beautiful mural that depicts scenes of children and their families reading and spending time together in activities that are reflective of the Salvadoran culture.


Johanna’s current role is Program Manager / Community Organizer for a Nassau County based organization called Community Voices for Youth and Families.  Community Voices for Youth and Families (CV4YF) is both a campaign and a growing network of people and organizations who believe the evidence about the value of youth services.  CV4YF is are advocating for social change in the form of increased community awareness, civic engagement and support of resources, to ensure an adequate (and increased) investment in children, youth and families.


In 2014, Johanna was selected as a Rising Star by The Hispanic Coalition NY, Inc.​