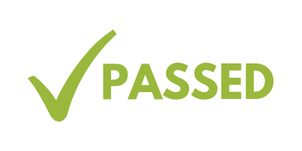 In February 2019, SEPA Mujer proudly joined the fight to restore access to driver’s licenses for all regardless of immigration status in New York State. The Green Light Bill was at its most critical point and the fate of the entire campaign depended on Long Island. The Green Light NY 2019 Legislation (A03675/S1747) was at a tipping point in New York State politics, when all that was needed in the now democratic majority Senate and Assembly were the six Long Island Democratic Senators.

GREEN LIGHT passed in the NYS Senate on June 17, 2019.​
SEPA Mujer witnessed as our senators voted live on the session and celebrated with our political leaders in Albany. More about it here: https://bit.ly/2Nvprvz Two hours later, news erupted that Governor Cuomo signed it into law!
Since December 2019, all New Yorkers, regardless of their immigration status, have been able to apply for standard driver’s licenses. Even though 2020 has come with many unforeseen challenges, the Green Light Law is still a valid law and those eligible under it, are still eligible to obtain a driver’s license as long as they follow the precautions of the New York State Department of Motor Vehicles. Please see the public announcement below on DMV.
Governor Cuomo Announces DMV to Expand Online Services. “Select customers who currently have a reservation for an in-office permit test will be invited to take the exam online, and following the successful launch of this pilot, the online option will become available to all permit applicants later this fall.” Please click the link for more information: https://www.governor.ny.gov/news/governor-cuomo-announces-dmv-expand-online-services
DMV Reopening for Suffolk County:

​What SEPA Mujer did?

It was at this time when SEPA Mujer decided to respond to the community needs and confusion and organize with our partners a local committee made up of organizations, leaders, and most importantly, community members. Together we rolled out a comprehensive community response, targeting the areas with the most need. The first town hall meeting in Riverhead was organized within just one week. We had an overwhelming response of over 300 people - forcing us to organize two simultaneous presentations in two separate rooms. Just a few days later, we held our own march to the DMV in Riverhead with over 300 people. A week later, we organized a second town hall - this time in Huntington, with over 150 people. Two weeks later, we organized a third town hall meeting in Patchogue, where yet again, over 300 people joined. We didn’t stop there, we continued to organize in other parts of Long Island due to the tremendous needs in the community. We held an additional march and two more town halls in Nassau County, Hempstead, and Hicksville.

CLICK→ To Make Online Reservation
CLICK→ DMV Online Driver’s Manual
CLICK→ What you need to know - FAQ:
What documents are needed to apply? The DMV establishes applicants’ identity using a point system. The DMV has an extensive list of US and now foreign documents with different point values assigned to each. Six points are required for proof of identity; you must also prove your age and provide documentation of your home address. Documents can be in English or accompanied by a certified translation. Documents of note (this is not a complete list):
➔ Valid Foreign passport(4 points, proof of age)
➔ Valid Consular ID (4 points, proof of age)
➔ Forgien Driver's License Valid or Expired up to 24 months (4 points, proof of age)
➔ Foreign School Report Card or School Record (1 pt) - With photo (2 pts)
➔ US Municipal ID with photo (1 point, proof of residency)
➔ Tax Documents: IRS Tax Transcript, Tax Return, ITIN Issuance Letter, Wage and Income Transcript (1 pt, proof of residency)
➔ US High School ID Card with Report Card (2 pts)
The full list is on the DMV website: https://dmv.ny.gov/driver-license/driver-licenses-andgreen-light-law 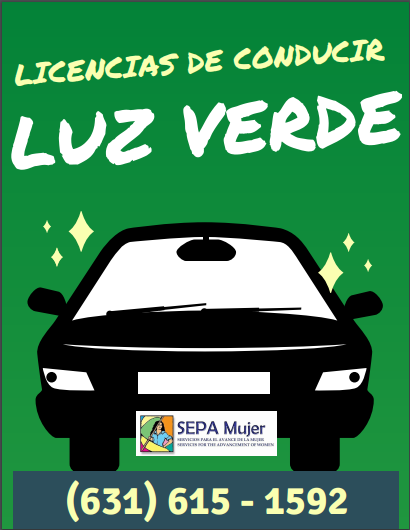 GO BACK TO OUR CAMPAIGNS
¡'Árbol de Crecimiento' Recaudadora! 'Tree of Growth' Fundraiser!